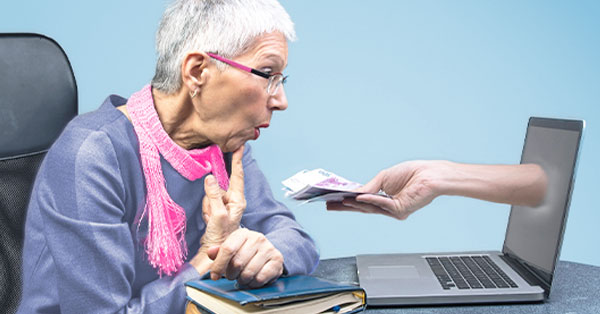 According to the Consumer Financial Protection Bureau, a money mule is someone who receives and moves money that came from victims of fraud. But when the mule is coerced, or completely unaware of the fraudulent activity, aren’t they also a victim?

While a money mule is often regarded as a complicit criminal, or at best a fool for falling prey to a criminal, the reality is that fraudsters are extremely clever and resourceful. In many cases, the money mule is an unwitting participant who was trying to resolve a bad situation or was simply too trusting. There’s a lot of talk about the impact on banks and financial institutions, which is incredibly important, but what about the mules themselves? The effect on them can be devastating.

Money mules are a large part of Authorized Push Payments (APP) fraud. It’s estimated that money mule accounts will be responsible for at least $6B in fraudulent transfers in the US in 2022 alone. In the UK, APP fraud reached £583.2 million in 2021, a 39% increase from 2020.

The human element, not to mention the intentional aspect of it, makes it harder for fraud investigators to trace and return stolen funds back to the rightful owner – which is why criminals use mules. As the FBI notes: “Money mules make it easier for criminals to hide their activity, and harder for law enforcement to follow their tracks.”

Unfortunately, it’s often the mule who gets caught and not the fraudster. The mule becomes a criminal because either their legitimate account is turned into an illegal one, or they use their real identity to create a new mule account – both with enormous consequences. In the UK, the account holder can face up to 14 years in prison, not to mention being unable to open a basic bank account or apply for a mortgage in the future. In the US, money mules face prosecution and incarceration for any number of charges – from bank fraud and identity theft to money laundering or even criminal conspiracy.

So, what does a typical money mule look like?

It’s not as simple as you think – although fraudsters historically targeted younger people to become money mules, every age range has their appeal as a money mule. In short, anyone can be a victim. Creative job and investment offers, not to mention romance, can tempt a person of any age or financial status, from students, to middle aged parents, to retirees.

Here are a few common mule profiles and some insight into why they’re targeted by criminals:

Younger people are targeted by money mule scams because they’re often more trusting, strapped for cash, and unaware of the implications and repercussions of their involvement. The promise of fast cash with little to no effort is hard to resist. This demographic will also often recruit others for this too-good-to-be-true money maker, growing the money mule network for the fraudsters. Further, even if they begin to suspect the activity may be dishonest, they often don’t understand the full implications of their role in it.

From 2017 to 2021, the number of mule accounts belonging to 40-60 year olds increased 34% in the UK alone. An established adult with no history of crime is typically going to be viewed as less suspicious by banks and some anti-fraud solutions, making them a great target for mule activity. They will also have potentially larger incomes and credit lines, and higher credit scores – meaning larger transactions and account applications tend to go unnoticed.

The financial crisis and dramatically rising inflation have also created an opportunity for fraudsters to recruit new mules from the pool of jobseekers and financially strapped adults.

We’ve likely all seen the heartbreaking news stories of seniors, retirees, and pensioners being scammed by fraudsters. Unfortunately, they’re also a target for money muling. Again, with more established credit histories along with a tendency to be less computer savvy and more trusting they can easily fall prey to inventive criminals. A common scheme is to convince them to think they’re applying for a loan, and when they get more than they asked for the fraudster just says, “oops, our mistake, just send the overpayment to XYZ account”, effectively turning the unsuspecting victim into a money mule.

Think you only have to worry about mule scams at home? Think again. Criminals also take advantage of businesses as mules – using CEO scams and social engineering to convince employees to set up false accounts and move money, often through fake invoices and/or fake payee accounts.

Why do they comply?

In fairness, some money mules are willing participants. However, there are many situations where the victims have no idea they’re being used as a mule. The motivations are as varied as the types of mule scams out there, but here are some common reasons otherwise intelligent and law-abiding individuals become money mules:

The impact on money mules

The effects on money mules can be life-altering. Money mules not only risk prosecution and prison time, the damage to their banking record is a huge hit to their future creditworthiness. They may never be able to open a new bank account or credit card, they’ll struggle to qualify for a mortgage, and will have a black mark on their record for years.

When a money mule is identified, their accounts are immediately frozen, making it extremely difficult to pay bills, buy groceries, or do anything a typical person takes for granted.

It can also impact job prospects – many employers do a criminal background check, and fraud-related histories are almost always a deal breaker. It could even be cause for dismissal, due to the charge itself or as a result of missed time for attending court hearings.

Consider that 63% of the accounts blocked by Lloyds Bank since 2018 were owned by those under 30, and 26% were under 21 – these are young people who’ve barely started their life. Imagine being a high school student who thought you were going to make some easy money, doing something that seemed harmless. Now you can’t get a credit card, you’ll have a hard time getting a job or renting an apartment, and you may even struggle getting into college. Your entire life has changed indefinitely.

It's not just younger generations that are affected for life – think of a middle-aged professional or a grandmother going to jail simply for being naïve or falling in love with the wrong person. What about a parent who can’t afford to pay rent anymore and may lose their job or apartment?

And if that isn’t enough, money mules also open themselves up to identity theft in the process of becoming a mule, potentially being scammed out of their own money at the same time.

In some cases, money mules can even put themselves at risk of ongoing threats or experience actual violence by criminals if they get involved then try to stop or back out of the scheme.

Finally, there’s a devastating emotional cost that can't be quantified. The stigma attached to mules, especially if they’ve recruited others into the scam, means they’re forever viewed in a different light and the psychological effects are immeasurable. Victims coerced into being a money mule via romance scams pay an even bigger psychological price – questioning their instincts, doubting their intelligence, feeling manipulated, and simultaneously dealing with heartbreak.

Money mules are a large part of APP fraud, and since it's usually the mule who gets caught (not the fraudster), they're seen as the criminal and face serious consequences as financial and government institutions work hard to reduce fraud. It's important to understand the faces of fraud and especially money mule victims in order to effectively identify and prevent fraud. 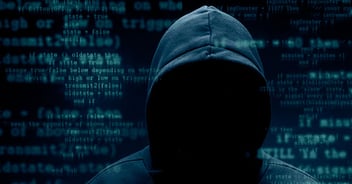 Catch the fraudster before the fraud 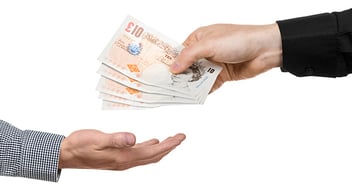 How to prevent money mule scams